#ResistenciaMovistar: A Strike Of This Century In Spain.

One of the main worries we’ve had in the radical labor movement lately is proving (to ourselves in the first place) that the 19th century invention of the labor movement is a thing of the 21st century. Of course, we’ve had to learn the internet. We do social networks, memes, hashtags, and, occasionally, trending topics. It’s taken a lot of effort to master new technologies,  but we are now cybernetic, multimedia-oriented, electronic, interconnected, and even cyberpunk if necessary.However, the real challenge of adapt-ing to these mutable, fast-paced times is still there. Apart from many new gadgets (useful gadgets, useless gadgets, hyped up gadgets, gadgets that become obsolete in one week, gadgets that change our whole perception of the world around us), the last decades have brought with them a new capitalism and new forms of working-class oppression. Some things remain: there’s still work to be done, and there’s still a  working class that is doing the work while capitalists take the benefits and leave usonly the crumbs. (In a world where few things are left unchanged, the fact that some old-fashioned truths are still in place  would be rather soothing… if we weren’t talking about exploitation, of course).

Having this in mind, unions should still be useful and necessary in order to fight against social injustice. The ques-tion is whether we can adapt to the new economy and its changes. The factory is no longer the place where most of us work; labor laws deteriorate before our eyes as capitalists demand a more flexible workforce (and we wonder how  workers could possibly increase their flexibility as they’re already bending over backwards); companies become corporations that become multinational con-glomerates; globalization and the growth of the tertiary sector of the economy (the most mobile sector) make relocation of businesses easier than ever, making national labor legislation meaningless in many cases; and outsourcing is becoming more and more ubiquitous. In this con-text, precariousness is the main obstacle to effective workers’ organization. Many  workers feel that strikes are a thing of the past. How can they even think of it? If they went on a strike they’d lose their jobs in no time.

The solution is not easy, but perhaps it’s one of those few reassuring things that haven’t changed so much. The unity of the  working class is essential, like it has always  been. You’re a precarious worker, and your job is at risk if you strike. But still your job has to be done, and if your boss can’t find a strikebreaker to do it in your place, he has to sit down with you and negotiate. That’s not really new: we’ve always had a problem with scabs, haven’t we?

Let this long introduction serve as an explanation of the importance of some-thing that’s going on in Spain. Something that’s long overdue. For many years we’ve  been hearing, “I wish I could fight for my working conditions, but I’m in a precarious situation. If I go on strike, my boss will kick me out.” Among the precarious workers, perhaps the most precarious are the free-lancers, those who depend on a company to give them work but don’t have a labor contract with that company, leaving them  without the few guarantees that laws still provide other workers. Well, now it is precisely those vulnerable workers who have gone on strike, and they’ve done so against one of the biggest companies in Spain—a company that’s iconic of the new economy: the formerly state-owned telecommunications giant Telefónica Movistar.

The strike by Telefónica’s subcon-tracted and freelance technicians began in Madrid on March 28, and it quickly spread to the rest of Spain. Reasons for this strike had been building up since the privatization of the company. As outsourcing increased, so did precariousness, and  working conditions have been worsening every day. At the same time that the com-pany was in a period of expansion and reaping huge benefits, labor costs had to decrease constantly to please its owners. Since workers directly hired by Telefónica still have some protection, subcontracted  workers were the perfect targets for the “necessary” cuts.

The strikers organized, as it was decided, horizontally in workers’ assemblies. It is the workers themselves who were running the show.

The big, institutional, bureaucratic unions have had nothing to do with the real mobilization. They called for a make-believe, partial strike in order to try to interfere with the real strike. They engaged in negotiations with the company even though they didn’t have the strikers’ consent. Finally, they reached an agreement (not approved by the workers either) and called off their puny strike. Mass media has silenced the strike even as breakdowns in phone lines proliferated all over the country… and then those same media out-lets informed of the illegitimate agreement and the “end” of the strike.

Unions such as the one to which I  belong, those that really believe in the struggle of the working class, have sup-ported the strike in many ways. We have given legal coverage to the mobilization by calling officially for a statewide strike.  We’ve tried to make the conflict visible (for example, by using the internet and social networks, which is where the hashtag in the title of this article, #ResistenciaMovistar, comes from). We’ve helped raise funds for the workers and their families (this is a very important aspect, as the strike has already lasted for more than a month). We’ve never tried to lead the mobilization;we’ve never wanted to, but also the strik-ers wouldn’t have let us do it. This strike belongs to them.

Workers’ solidarity has also had a huge importance since the beginning. Thousands have helped raise the funds needed to keep the strike alive. Also, in a turn that’s great news for those who believe in the unity of the working class, workers directly con-tracted by Telefónica who had been asked to take on tasks that the subcontracted  workers used to do, not only refused to do so, but also have denounced the company’s attempt to interfere with the strike.

As of this writing on May 7, the Tele-fónica Movistar contractors, subcontrac-tors and freelance workers’ strike continues. Let’s hope it does so until all their demands are satisfied. For the future of the labor movement: PRECARIOUS WORKERS OF THE WORLD, UNITE! Long live the #ResistenciaMovistar! 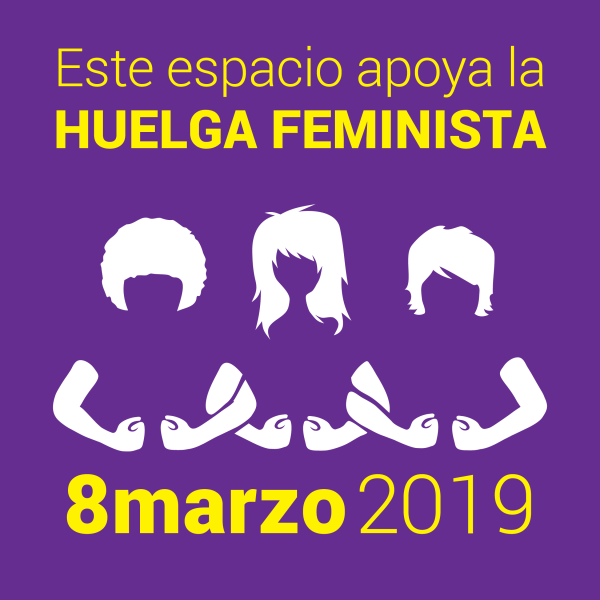